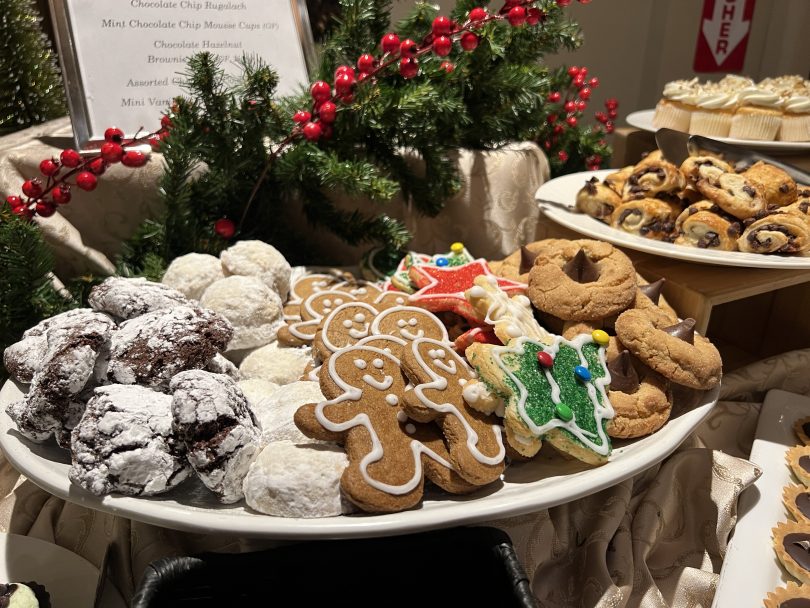 I’m finding it hard to believe that it’s already Dec. 5, and even though I did put wreaths on my doors and Ted and I got the boxes of decorations are down from the attic, I’m already feeling as if I am behind in preparation for the holidays.

well as attending the Turley Publications (publisher of West Hartford LIFE, for which I am also editor) holiday party last week certainly boosted my holiday spirit, but the news rarely takes a holiday break and there are plenty of non-holiday-related happenings still taking place in West Hartford.

I attended the public hearing and the subsequent Town Council meeting on Wednesday night (the only reporter actually in attendance, although a few others did watch on WHCI) and then spent a few hours writing the story when I got home, and then shared it on Facebook just before midnight.

I woke up to a few texts on Thursday morning from people wondering how I tolerate comments like one from a “reader” (quotation marks intentional, because it didn’t seem like this person was really interested in reading the story) who commented (copied and pasted exactly as it appears on the We-Ha.com Facebook page): “Who ever writes WeHa articles smokes crack. Stop trying to sound fancy” – and then in response to a few who commented on Facebook in response and questioned why this particular person would make such a comment, she posted the following (spelling and punctuation copied and pasted exactly as they were posted): “at least Meriden journalists can get straight to the point. This is not High School, no need to stretch what can be said in one single paragraph into a two page essay.” … “I’m sure Ronnie is a fine person, but that doesn’t change the fact that WeHa overall fails in message delivery. No one is sitting by a fireplace, in cylinder hat, toking on a stogie reading WeHa, no matter how hard WeHa tried to come off, it’s still a vehicle for news delivery, not a novel.”

I know I tend to write longer than many digital journalists, but I do it because I believe it’s important to be thorough and accurate. I believe it’s important to provide context, and to include at least some of the comments made by members of the public who speak at hearings, as well as commentary from our elected officials who are making decisions that affect our town. Written news, in my opinion, is more than just soundbites, and I don’t like to leave major questions unanswered in my reporting.

I’m not trying to sound “fancy,” and unless it’s Halloween I doubt many of our readers are wearing cylinder hats (although some may enjoy stogies from time to time), and I don’t smoke anything (I do, however, drink way too much coffee), and I don’t ever plan to write a novel. And even if it my articles are often more than 500 words, I will endeavor to follow the advice of my late 10th grade English teacher, Mrs. Susanne Price, and make them “terse, pithy, and to the point” while still being thorough in my reporting.

The reader’s comments, while certainly not very friendly, were directed at me and I value freedom of speech as long as it doesn’t cross a line. I also do very much appreciate those who take the time to read the content we publish on We-Ha.com!

After spending a rainy Saturday in the house catching up on a whole bunch of projects and beginning the Christmas decorating, Ted and I were happy the weather cleared up by evening. We headed to the Center and had a great dinner at Mecha Noodle Bar.